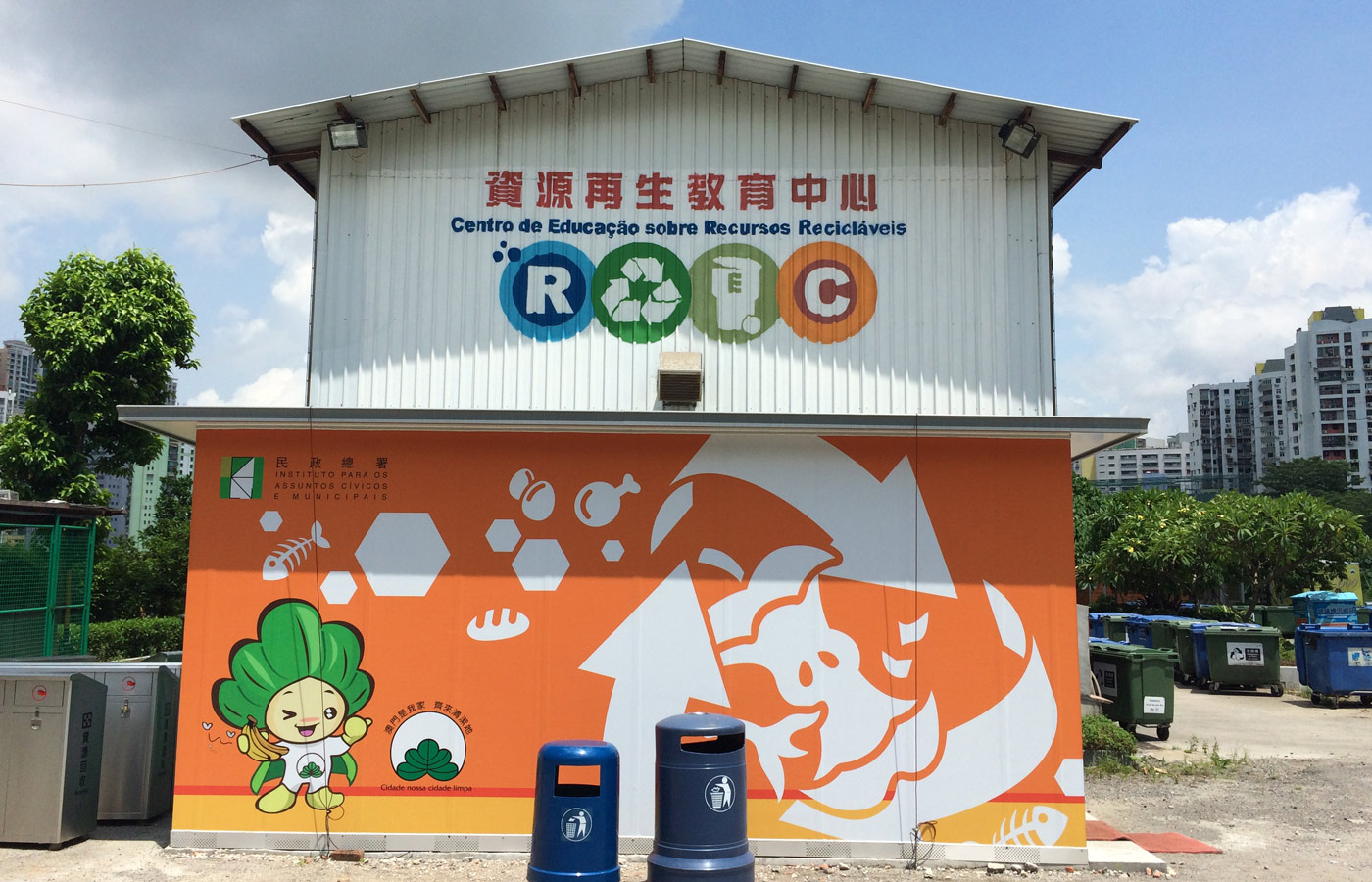 Macau has an estimated population of 575,000 living in an area of 30.3 km2 (11.6 sq mi). It is considered one of the most densely populated region in the world. With Macao’s small geographic area and high cost of land, landfilling has been the lowest priority for waste disposal. More than 80% of the total waste in Macao was incinerated but the incineration capacity of the Macao Incineration Plant is expected to reach saturation earlier than expected.

They have installed a large GG300 food waste composter at the Education Centre on Recyclable Resources. Food waste is collected from schools in the nearby district and brought to the centre. The food waste is then emptied into the composter, which turns it into compost in 24 hours.

Staff at the Education Centre empties the composter approximately once a week. The compost is then dehydrated and pelletized and packaged into small bags. The pelletized compost is then given back to schools to distribute to parents and to local community members for gardening use.