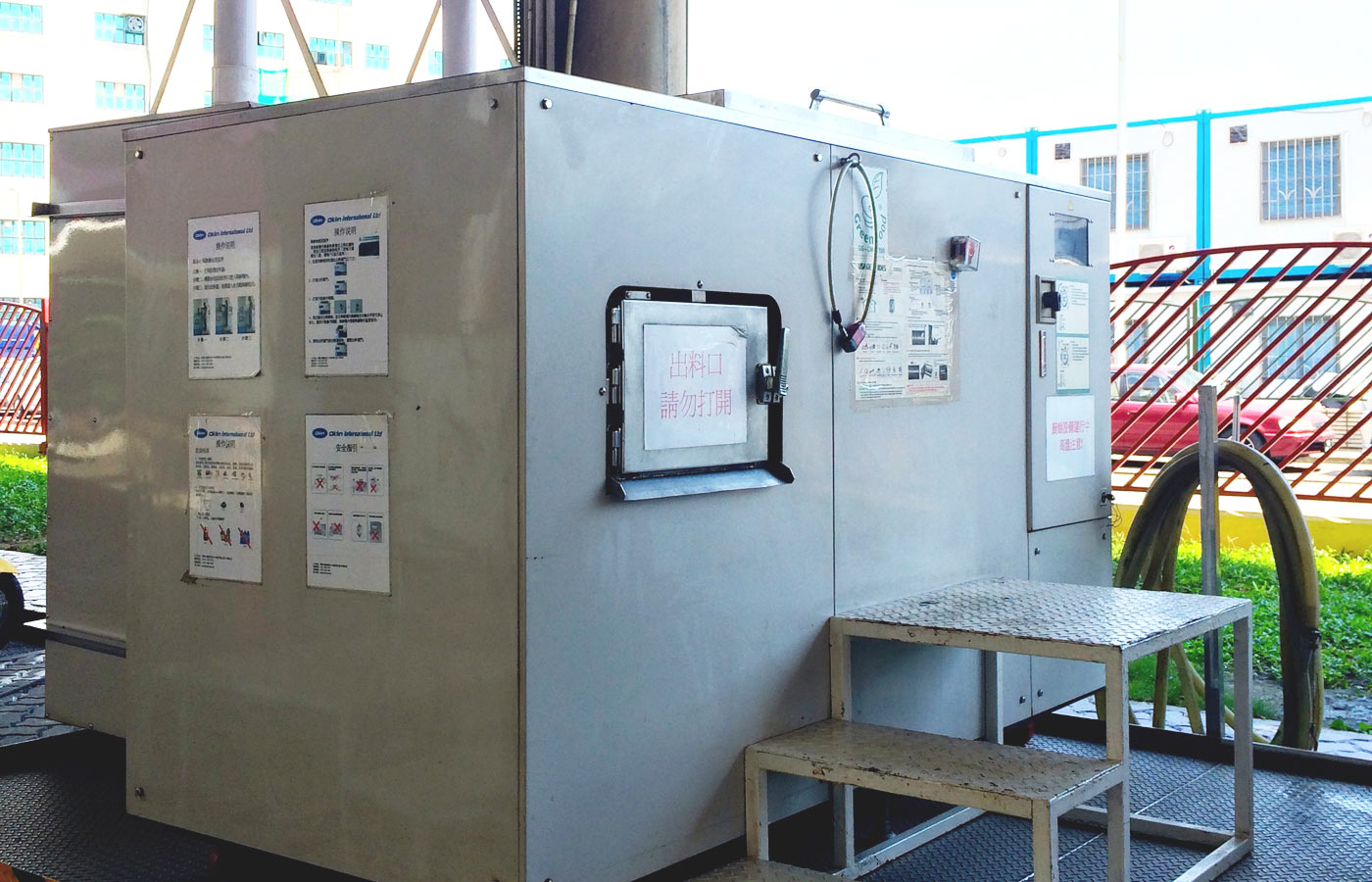 Macau has an estimated population of 575,000 living in an area of 30.3 km2 (11.6 sq mi). It takes 30 minutes to travel by car from the north end of Macau bordering China to the south end of Macau. It is considered one of the most densely populated region in the world.

With Macao’s small geographic area and high cost of land, landfilling has been the lowest priority for waste disposal. More than 80% of the total waste in Macao was incinerated but the incineration capacity of the Macao Incineration Plant is expected to reach saturation earlier than expected.

Food waste is collected from nearby hotel casinos and approximately 250kg of food waste is emptied into the machine for processing each day. The resulting compost is collected and brought back to casinos for use as plant fertilizers.