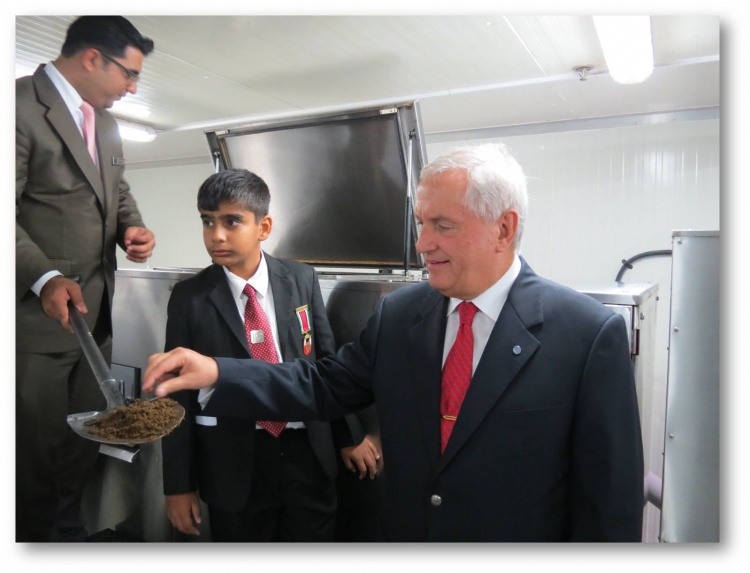 Rotana hotel Management Corporation was founded in 1992 opening their first property, Beach Rotana – Abu Dhabi in 1993. Rotana has expanded from two properties in 1003 to 48 properties in 2013 in 20 cities.

The Rotana sustainability journey started in 2012 with an aim to “Respect and Protect” the people and the planet by developing many systems and programmes and setting targets.

Beach Rotana has a strong commitment in providing a sustainable and eco-friendly environment for the staff and guests of the hotel. They introduced technology that regulates air conditioning systems and installed motion sensors for lights in communal areas such as hallways.

As food security and food waste is an especially important issue in the Middle East, food composting machines have been installed at the Beach Rotana hotel to reduce the amount of food waste sent to landfill.

The Beach Rotana Abu Dhabi installed Oklin’s GG100 food waste composting machine. The machine has a capacity to turn 270kg of food waste into compost daily, and the compost is then used on landscaping features. With 11 world-class restaurants in the hotel, not only has food waste separation program been put in place in the kitchens, kitchen and restaurant staff all receive education and training on separating food scraps and understand the food waste composting machine.

In May 2014, Beach Rotana successfully reduced waste being sent for disposal by at least 40%.